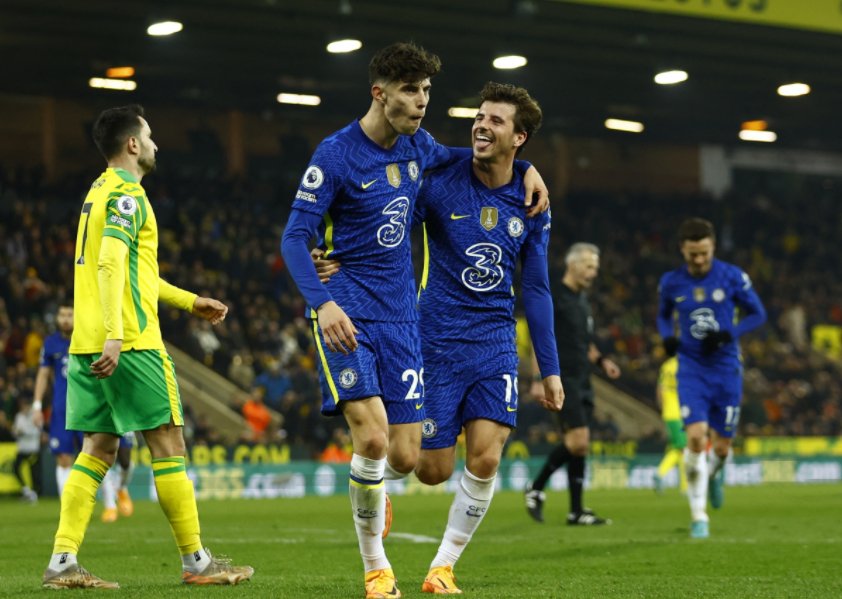 Chelsea made a fast start with two goals inside the first 14 minutes. Young English defender Chalobah scored the first goal of the game in the third minute off a Mason Mount corner kick before Mount added a second goal for the Blues eleven minutes after the opening goal. The goals from Chalobah and Mount gave Chelsea a two-goal advantage at the end of the first 45 minutes as the players concentrated on matters on the pitch amidst the off-the-pitch issues involving club owner Roman Abramovich.

Norwich City striker Teemu Pukki has been the major source of goals for the bottom team in the Premier League this season and he found the back of the net once again to give them a lifeline against the Blues. Chalobah was adjudged to have handled the ball in the Chelsea box and Finnish player Pukki stepped up to score the penalty thereby halving the deficit for Norwich City. However, they could not build on the goal after in-form Chelsea attacker Kai Havertz wrapped up the win for his team with the third goal in the final moments of the game.

The last time Norwich City beat Chelsea was in 1994 via a 3-0 scoreline. Since then Chelsea have won 12 league meetings and drawn the other two meetings for their 14-game run without defeat.